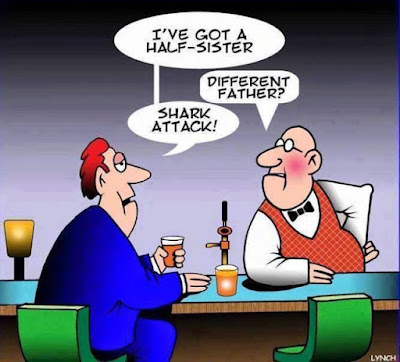 Image-maker Alexander Tsiaras shares a powerful medical visualization, showing human development from conception to birth and beyond. (Some graphic images.)
Posted by Nick at 10:52 AM No comments:

Residents in Alabama were left baffled last week when a loud boom resounded across much of the state.
The boom, nicknamed 'Bama Boom', has left experts stumped, with suggested causes ranging from supersonic aircrafts to meteors exploding in the atmosphere.
This isn't the first time that the mysterious sound has been heard, and incidents are becoming more frequent according to some reports.
This year alone, similar noises have been reported 64 times this year, in locations including Michigan, Lapland, St Ives, Swansea and Yorkshire.
Read more: What is causing the mysterious 'booms' heard in 64 locations around the world this year?

Possible answers? From my Facebook posts comments:
" Often bigger meteorites entering the atmosphere and burning out. They crash through the sound barrier. I experienced it twice."
And this:
The SR-91 Aurora aircraft

Aurora also known as SR-91 Aurora is the popular name for a hypothesized American reconnaissance aircraft, believed by some to be capable of hypersonic flight at speeds of Mach 5+. According to the hypothesis, Aurora was developed in the 1980s or 1990s as a replacement for the aging and expensive SR-71 Blackbird.

A British Ministry of Defence report released in May 2006 refers to USAF priority plans to produce a Mach 4-6 highly supersonic vehicle, but no conclusive evidence had emerged to confirm the existence of such a project. It was believed by some that the Aurora project was canceled due to a shift from spy-planes to high-tech unmanned aerial vehicles and reconnaissance satellites which can do the same job as a spyplane, but with less risk of casualties.

The main question here is, Does the US Air Force or America’s intelligence agencies have a secret hypersonic aircraft capable of a Mach 6 performance?. The continually growing evidence suggests that the answer to this question is YES. Perhaps the most well-known instance which provides evidence of such an aircraft’s existence is the sighting of a triangular plane over the North Sea in August 1989 by oil-exploration engineer Chris Gibson. As well as the famous “skyquakes” heard over Los Angeles since the early 1990s, found to be heading for the secret Groom Lake (Area 51) installation in the Nevada desert, numerous other facts provide an understanding of how the aircraft’s technology works. Rumored to exist but routinely denied by U.S. officials, the name of this aircraft is Aurora.

The outside world uses the name Aurora because a censor’s slip let it appear below the SR-71 Blackbird and U-2 in the 1985 Pentagon budget request. Even if this was the actual name of the project, it would have by now been changed after being compromised in such a manner.

The plane’s real name has been kept a secret along with its existence. This is not unfamiliar though, the F-117a stealth fighter was kept a secret for over ten years after its first pre-production test flight. The project is what is technically known as a Special Access Program (SAP). More often, such projects are referred to as “black programs.”

So what was the first sign of the existence of SR-91 Aurora ? On 6 March 1990, one of the United States Air Force’s Lockheed SR-71 Blackbird spyplanes shattered the official air speed record from Los Angeles to Washington’s Dulles Airport. There, a brief ceremony marked the end of the SR-71’s operational career. Officially, the SR-71 was being retired to save the $200-$300 million a year it cost to operate the fleet. Some reporters were told the plane had been made redundant by sophisticated spy satellites.
Posted by Nick at 11:54 AM No comments: 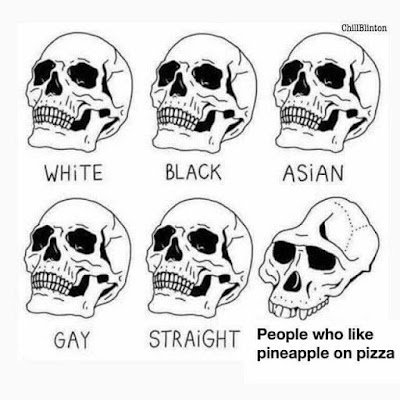 A mask with embedded lights to help you become more aware of your dreams? One doc doubts it:

“Lucid dreams are an overlapping state between sleep and wakefulness,” Dr. Erichsen said, “Dream sleep which you see here is very similar to wakefulness.” He’s not convinced that light patterns will affect the lucid dreaming state. “There’s no harm in it, but there’s no evidence that it works,” he said.- New Mask Could Make Users Masters Of Their Dreams

The Greatest Blog In The Universe